AWARD-WINNING –
THE SUCCESSFUL WAY TO THE LEAN ENTERPRISE

How a medium-sized company managed to win one of Germany‘s most prestigious industry awards: In 2018, the manufacturer of fan wheels from Eckernförde was honored as the best SME with the Manufacturing Excellence (MX) Award – a benchmark competition under the patronage of the Federal Ministry for Economic Affairs and Energy.

Punker GmbH has been producing fan wheels of all sizes in steel and aluminum in northern Schleswig-Holstein on the Baltic Sea since 1954. The company generates a turnover of €43 million. Its approximately 1,000 customers come from a variety of different sectors – from air conditioning and household appliance to railway technology industries. The number of variants is correspondingly high and the batch sizes vary just as much.

Over the years, demand and sales have been rising steadily.

„We have to grow. Because we are in an industry where we need size, in order to succeed in the market,“ says Managing Director Bähren. But if you want to grow, you also need the right framework conditions – with enough space for production. This is a scarce commodity for punker and must therefore be used as optimally as possible. In 2011, with the support of Staufen AG, the company launched a Lean project in its production department, taking the first step towards becoming a Lean enterprise and an award-winning company.

“WE HAVE TO GROW. BECAUSE WE ARE IN AN INDUSTRY WHERE WE NEED SIZE, IN ORDER TO SUCCEED IN THE MARKET.”

With the help of Staufen, the assembly areas have also been restructured and now work according to the Pull principle.

At the start of the project, production in the 22,000 sqm halls was predominantly workshop-oriented with long set-up times. The lead time was correspondingly high. The first lean project began at the assembly line (AL) for backward-curved fan wheels. Here, individual components are assembled and pressed by a robot. The AL, previously arranged in a large oval, was completely disassembled and compressed into a one-piece-flow structure during the project.

In the past, the responsible employee had to rush back and forth between several stations to complete individual work steps, covering a total distance of 8 km per shift. Today employees work calmly and concentrated at one station in front of the line. Logisticians bring the employee the goods and the finished component then goes directly into the shipping box. The same work is now done using only a quarter of the original space.

Whereas the various work steps used to be spread over the entire factory floor, all work steps are now linked together and consolidated at one site of value creation. After the restructuring, the lead time in the subareas is now only 15 minutes instead of five days.

Following the so-called lighthouse projects, Lean projects will follow in other areas such as request and quotation processing. Step by step, the company continues to develop into a Lean enterprise. This new way of thinking also helps punker automate and digitize according to Lean principles.

The success in Eckernförde is impressive: In the same area, punker now generates 40 percent more turnover than it did five years ago. Productivity has increased by 25 percent. 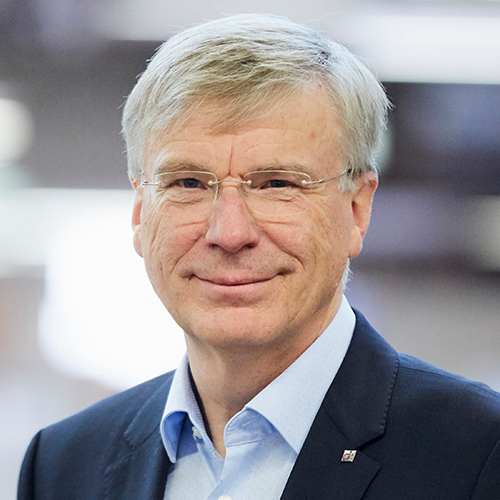 Staufen introduced Lean thinking and has led us on to a very successful path.